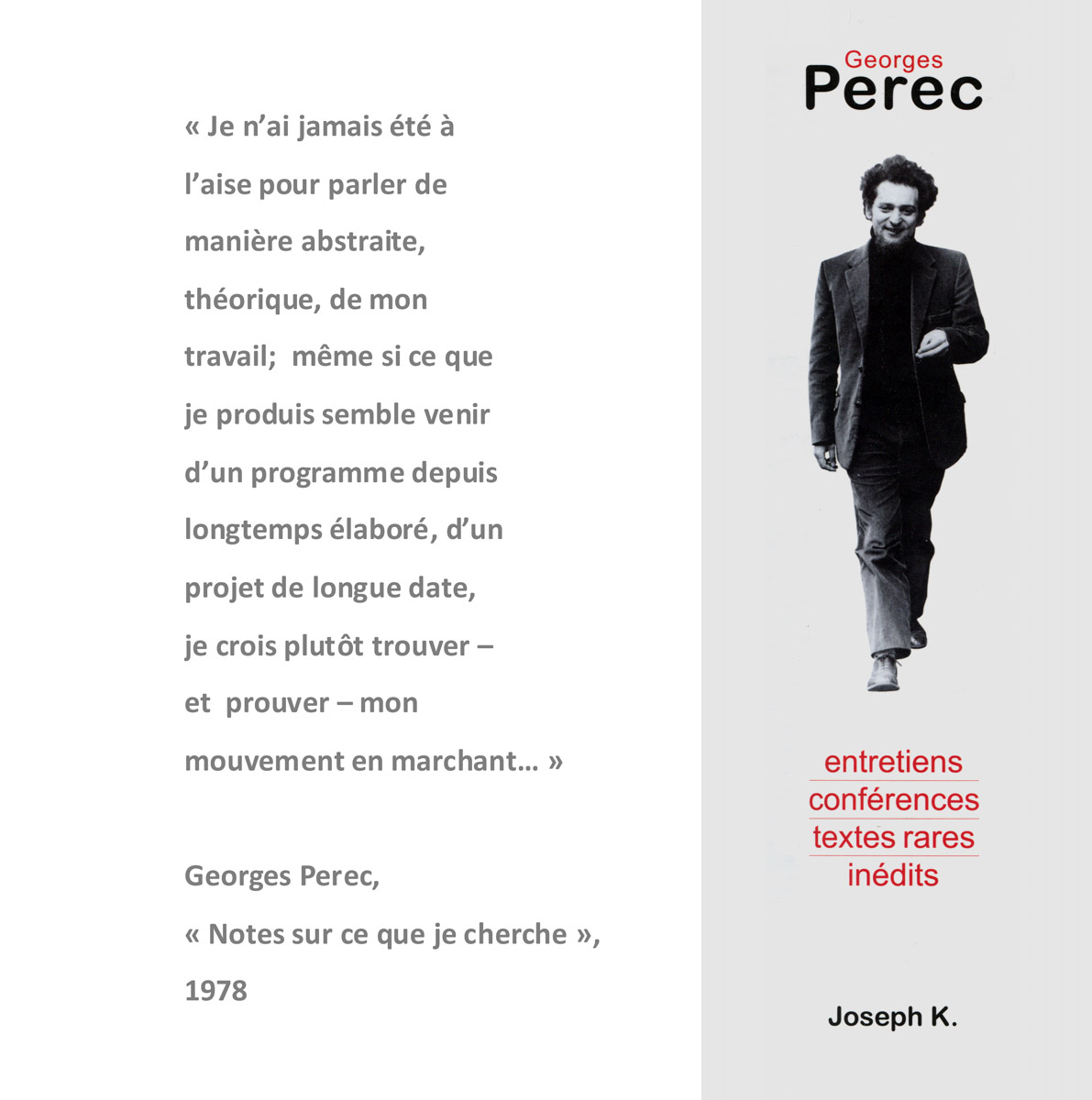 The interviews and talks Georges Perec gave from 1965 to 1981  as well as his book and film reviews, essays, newspaper columns, prefaces, articles, letters and non fictional writings give us a precious insight into the development of his aesthetics and might help understand why he has become  such an influential figure in literature and the arts in France and beyond.

The first part of the book follows his career from 1965, when he burst onto the literary scene with his prize-winning first novel (Les Choses/ Things), to his premature death of lung cancer in 1982. He died aged forty-six, having finally achieved  enough recognition with the success of La Vie mode d’emploi/ Life A User’s Manual (1978) to be able to make a living as a writer. The second part brings together pieces presumed lost or not included in previous collected writings as well as unpublished material that has gained relevance with the posthumous publication of his early novels such as Le Condottière / Portrait of a Man Known as Il Condottiere.

The 181 pieces collected in this one volume have been carefully annotated and are preceded by elaborate introductory notes detailing the literary, cultural and socio-political context in which they were written, published and reviewed.

Read the introduction to the book in French

Read the reviews in French

OTHER RESEARCH by Mireille Ribière ONLINE

On the posterity of La Disparition (translated into English as A Void):

On quotations and borrowings:

On Perec’s collections of poems (untranslated):

On the manuscripts of La Vie mode d’emploi (translated as Life a User’s Manual):

On Perec and the Visual Arts