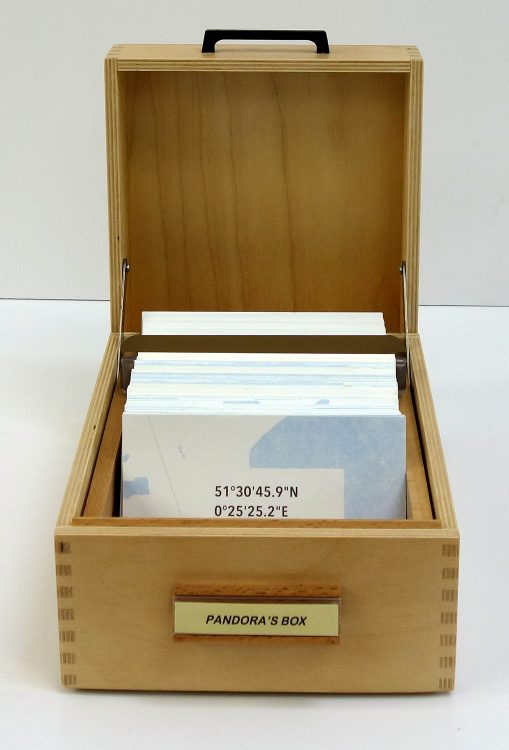 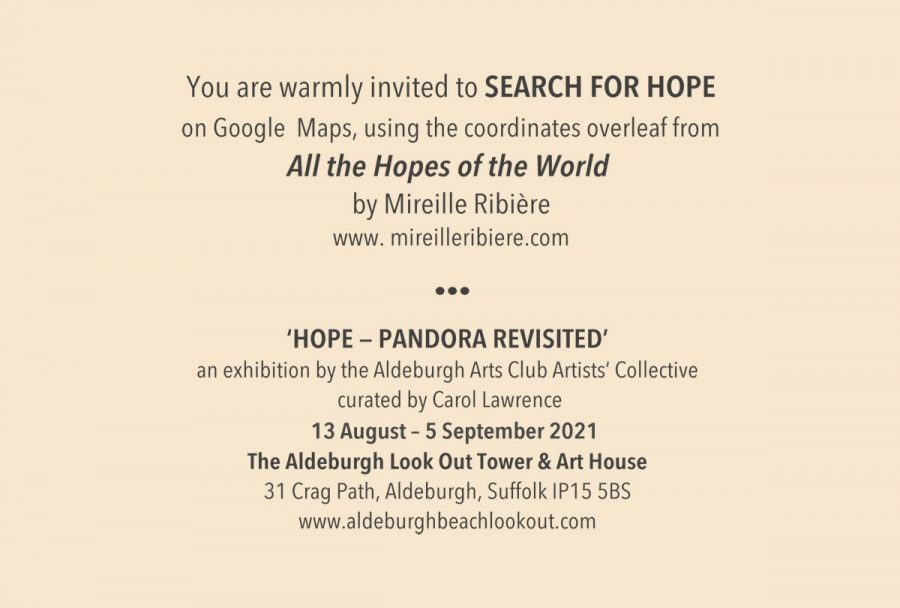 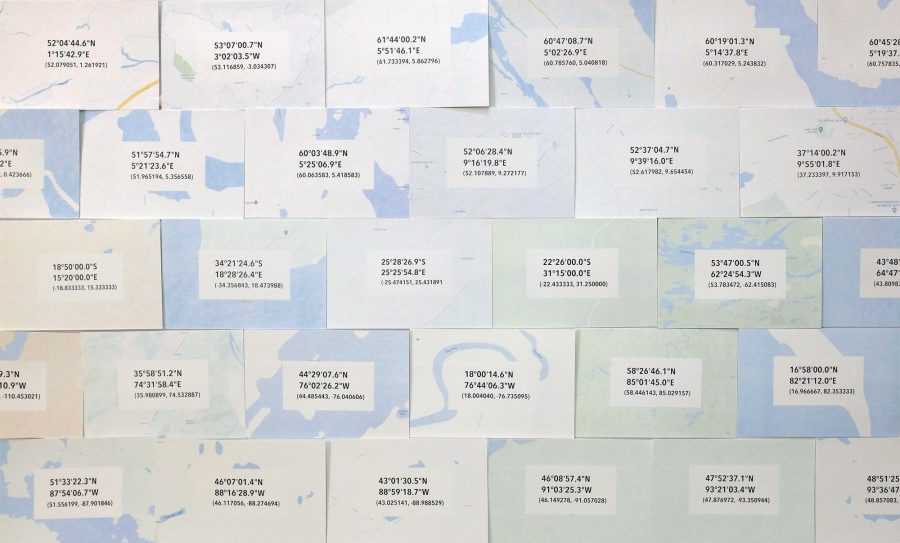 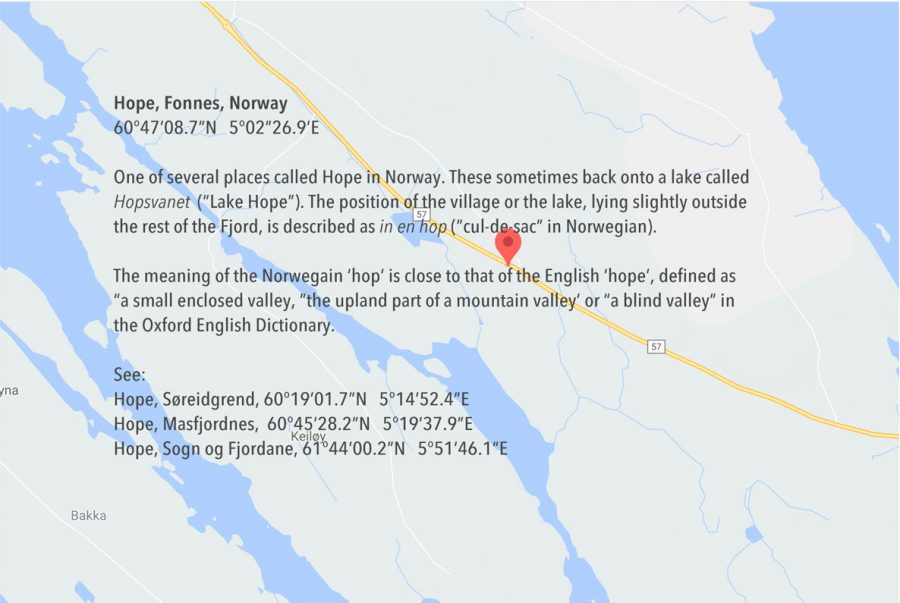 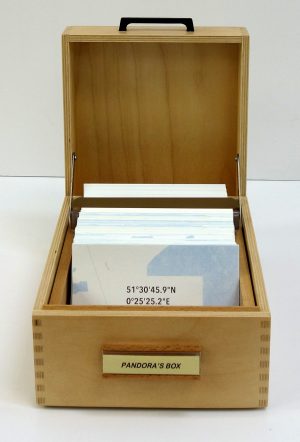 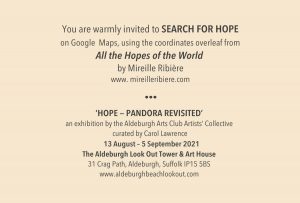 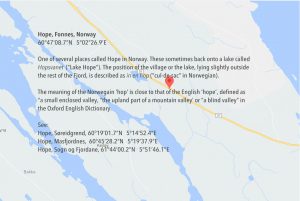 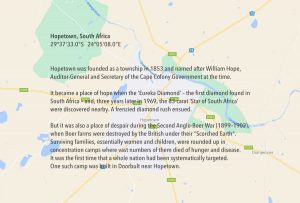 All the Hopes of the World  (work in progress)

This project was first shown as part of ‘Hope – Pandora Revisited’, a group exhibition curated by Carol Lawrence and held at the Aldeburgh Look Out Tower and Art House (Suffolk) from 13 August to 5 September 2021. The works exhibited sought to reclaim the Pandora myth by placing the emphasis on ‘hope’ which, according to Hesiod, was the only item that remained in the box (or jar), once Pandora had opened it and released all the evils of the world.

All the Hopes of the World sets out to list and document – if at all possible – all the places in the world named Hope . In Aldeburgh the project took the form of an index box containing over a 100 cards. These gave the exact geographical location of various places named Hope, or whose English name relates to expectations fulfilled or unfulfilled; they also provided where possible, some indication of the origin of the name.

The project will eventually become an installation and find its way into print.

What’s in a name?

The Oxford English Dictionary has two entries for Hope :

Etymology: Old English hop. It is doubtful whether all the senses belong originally to one word.

The names of many locations are derived from those two Hopes.

In the Middle Ages people often took, as their surname, the name of the place where they were born or lived. Subsequently, as a result of population movement, many places in the world were named after individuals – be they explorers, colonisers or just migrants – whose ancestors lived in a ‘hop’ or ‘hope’. Other Hopes bear testimony to the desires and experiences of those who traveled through those places or settled there, as well as to the spread and hegemony of the English  language.

Over time, the meaning of the topographical term, long associated with place names in the UK and Scandinavia, has been obscured in everyday language, so that we now readily associate the notion of expectation with all locations called Hope, irrespective of why they were so named.

In many respects, All the Hopes of the World can thus be said to be about identity, roots, exploration, conquest or migration.