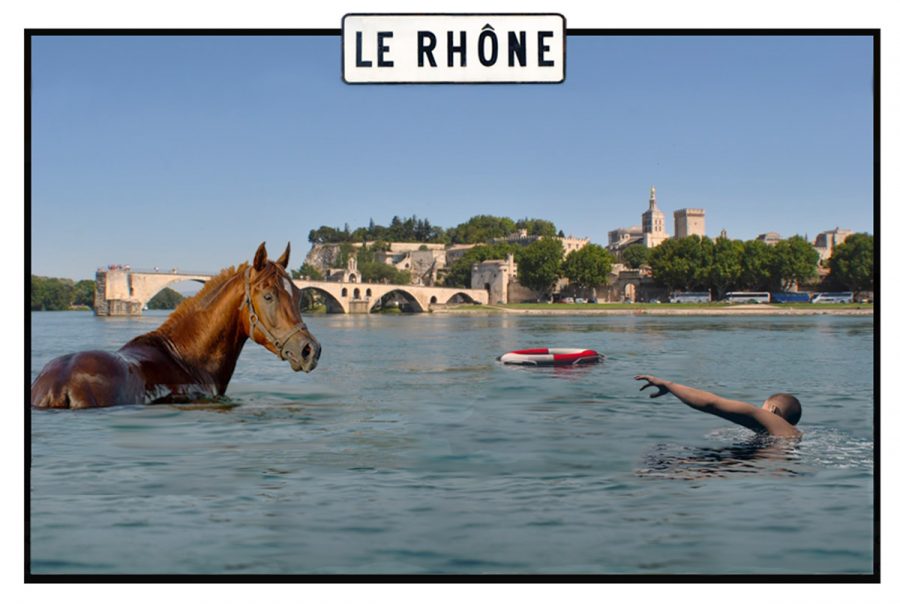 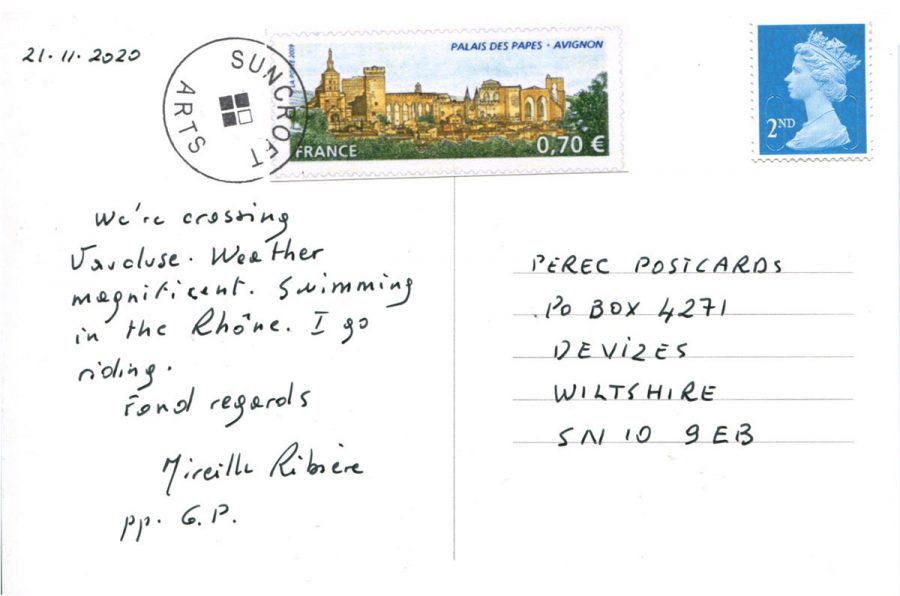 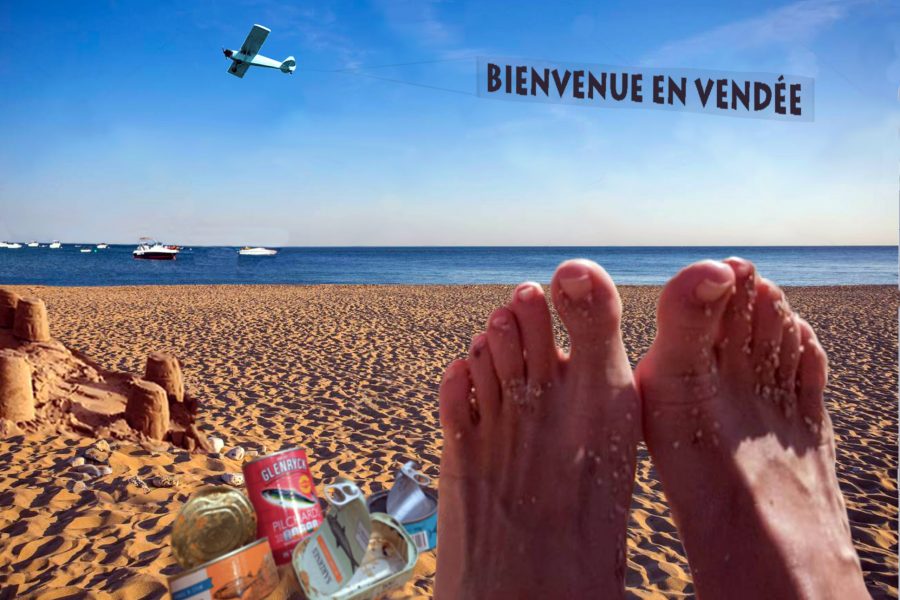 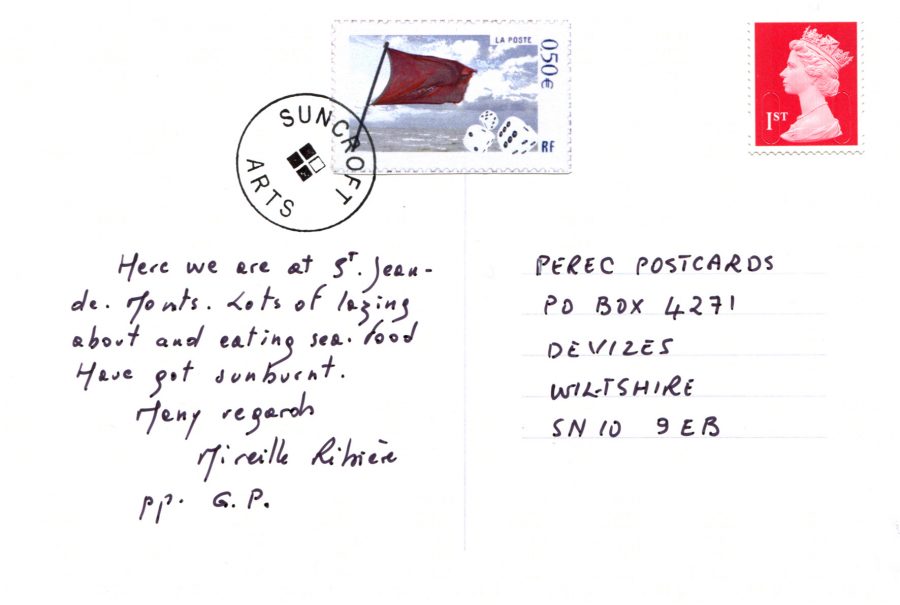 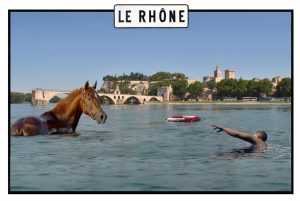 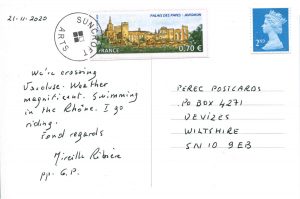 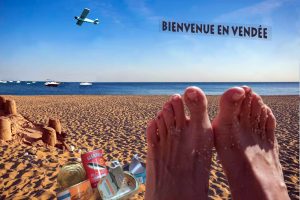 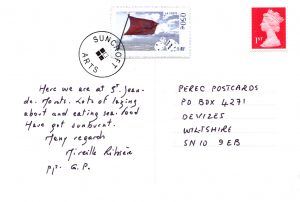 The two hundred and forty-three messages from imaginary holidays were translated as ‘Two Hundred and Forty-three Postcards in Real Colour’ by John Sturrock and included in Georges Perec, Species of Spaces and Other Pieces (London, Penguin). They are generated by a rigorously applied permutation system that nevertheless allows for some playful interpretation, thus making it difficult to detect and reconstruct by the reader.

Linda Parr’s project aims to respond to the work by adding the missing images to the imaginary messages. Each participant is invited to make a physical postcard that corresponds to a given message and mail it to her.

Simply said, the two-hundred and forty-three postcard messages are made up of the following five components: I. PLACES, II. CONSIDERATIONS, III. PLEASURES, IV. PARTICULARS, V. GREETINGS. For each of these, Perec gave himself a choice between three options so as to obtain, as a result of exhaustive permutations, 3 x 3 x 3 x 3 x 3 unique texts, i.e. 243 postcard messages.

Here is a summary reconstruction of the basic structure:

One cannot help noticing that there are overlaps between the categories. For instance, ‘sun-bathing’, ‘beach’, and ‘sunburn’, which are assigned to three different categories, are so closely related in experiential terms that they tend to obscure the existence of the five categories. This is one of the many anomalies or disruptions that occur during the permutation and writing processes.

The message that generated the postcard opposite entitled ‘Le Rhône’, for example, can be broken down into: We’re crossing Vaucluse [F]. Weather magnificent [B]. Swimming in the Rhône [H]. I go riding [I]. Fond regards [J].

The name of the geographical area (Vaucluse) is drawn from a predetermined alphabetical list of 81 names. There are similar lists for the names of towns and hotels, and a sophisticated algorithm (similar to the one used by Perec in his novel Life A User’s Manual) determines the order in which the names drawn from the three different lists appear in successive messages. Partial lists of phrases were also found among Perec’s papers.