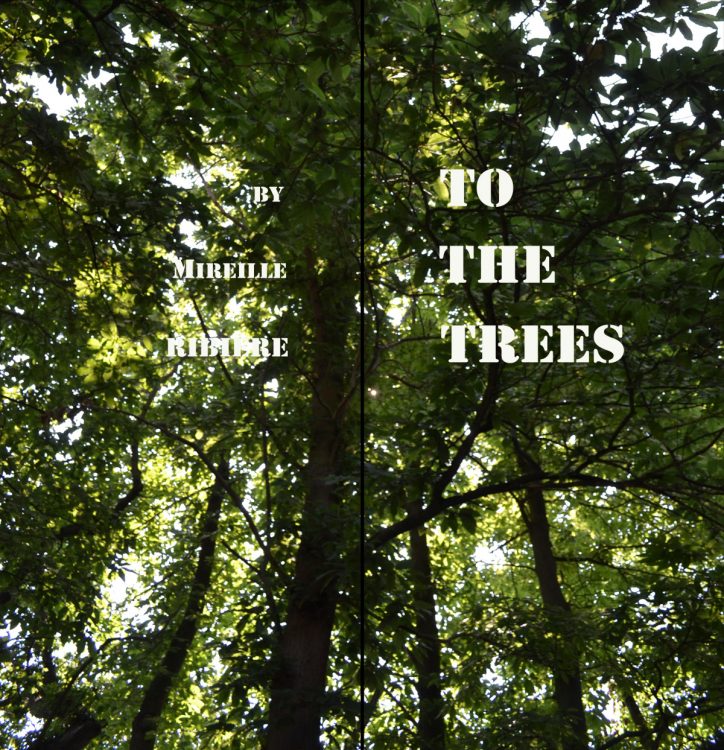 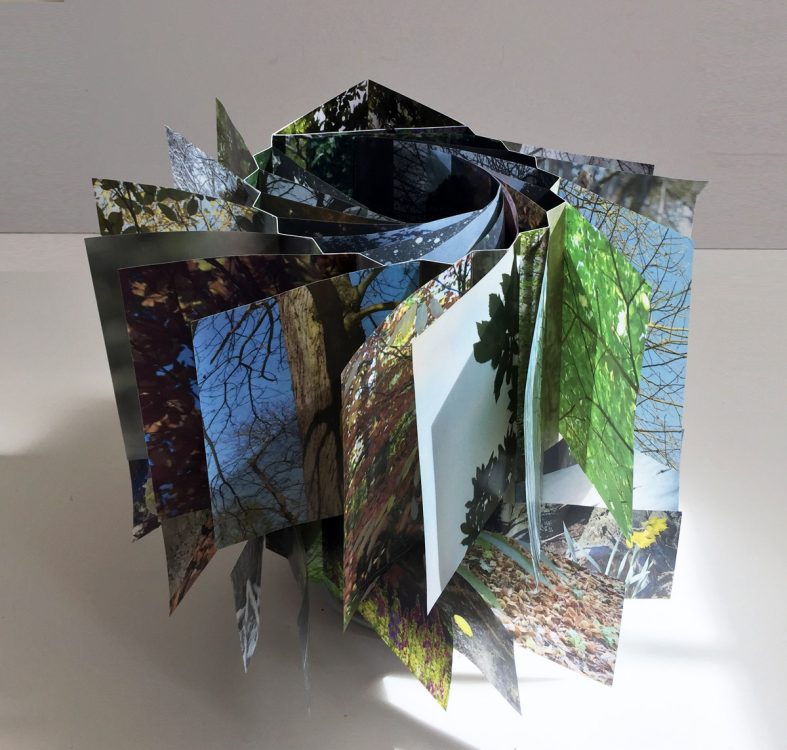 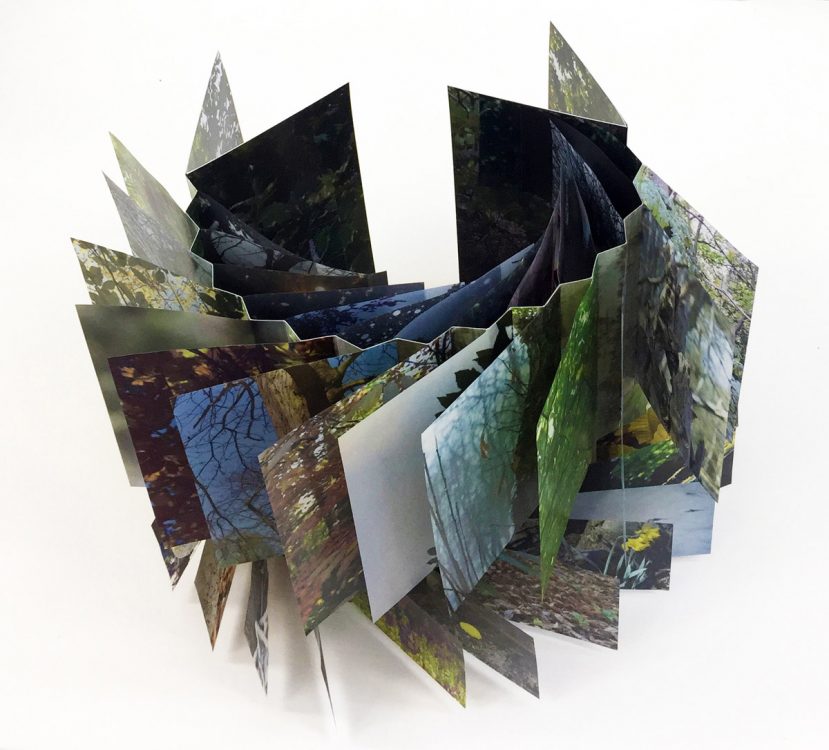 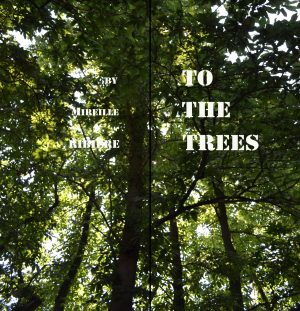 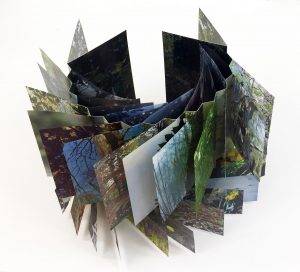 To The Trees is both a celebration of trees and an invitation to appreciate woodland, enjoy it, respect it and protect it.

The photographs featured in this book document woodland situated in Suffolk (UK), in an area of ‘ancient countryside’ (Oliver Rackham) that is now threatened by creeping suburbanization.

To The Trees includes 54 photographs mounted on card. These offer differing perspectives of a wood made up of centuries-old oak, beech, birch, yew, holly and sweet chestnut. On one side: a riot of light, colours, shapes and textures, as seen from among the trees – looking up, around or simply down at the debris, the flowers, the fungi. On the other: a moody picture of the trees at dawn, at dusk, at night, and an exploration of the underwood as a rich, potent, complex and fecund environment.

Thanks to the use of thin translucent paper, the images partially merge.  Depending on which side you approach the artefact, the printed photographs appear either vivid or more faint, almost as memories. The use of thin paper is also meant to highlight the fragility of the threatened environment. When selecting and sequencing the photographs, it was essential to avoid the cliché of ‘nature through the seasons’. Instead, the emphasis is on contrast, complexity and diversity.

Photographs, design and printing: Mireille Ribière
Two-sided flag-book, 30 cm x 80 cm
The work can stand on its own without props, and can be shown stretched out or curled.